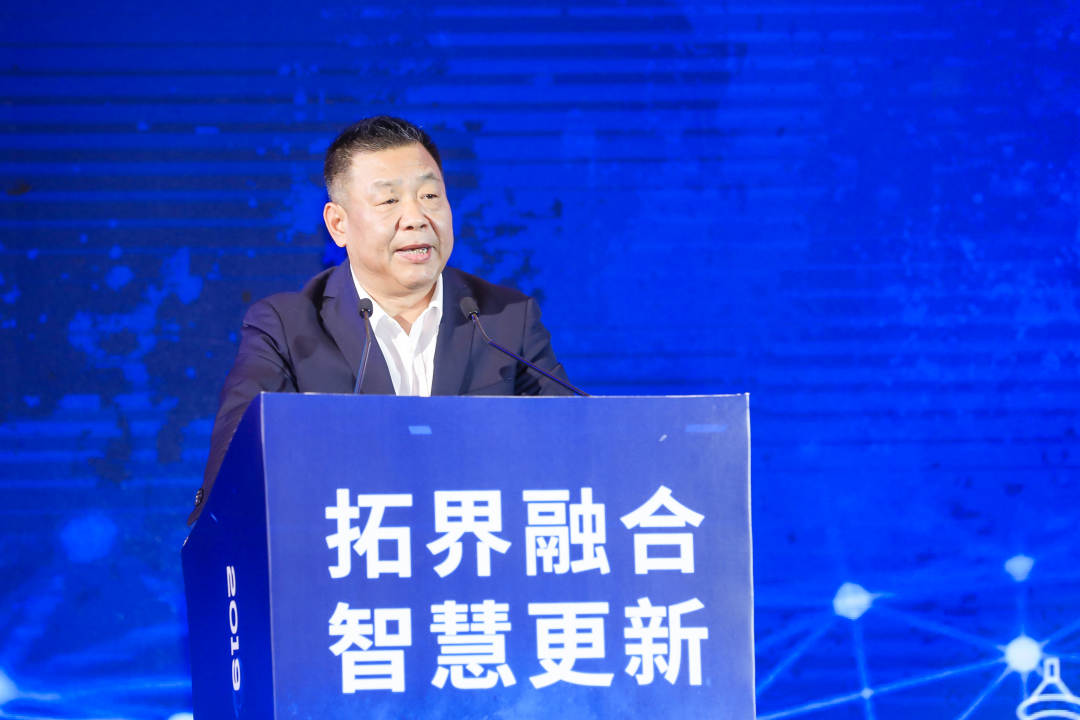 Not long ago, the Fourth Plenary Session of the 19th Central Committee of the Party was successfully held. This is a major event in the political life of the party and the people. The plenary also made a strategic plan for the development of the media industry, and proposed to build an online and offline integration, internal and external publicity The mainstream public opinion pattern of linkage will establish an all-media communication system with content construction as the foundation, advanced technology as the support, and innovation management as the guarantee. On January 25 this year, General Secretary Xi Jinping led a comrade from the Political Bureau of the Central People's Daily to the People's Daily to conduct a twelfth collective study on the era of the all-media era and media integration and to deliver an important speech. In his speech, the General Secretary pointed out, “From a global perspective, media intelligence has entered a stage of rapid development. We need to enhance the sense of urgency and mission, and promote the independent innovation of key core technologies to continuously achieve breakthroughs.” General Secretary Xi Jinping ’s important speech, Gao Wujian, not only It emphasizes the urgency of intelligent media development, points out the direction of development, and maps out the roadmap.

Beginning at your feet, Fang Zhizhi thousands of miles, grasp today, there is a future. People's Daily has always adhered to the spirit of General Secretary Xi Jinping's important speech and instructions, and played the flagship, leading, and benchmarking role of the CPC Central Committee in the media industry. Dare to try, be the first, be an explorer of media integration and development, and be a practitioner to promote the intelligent development of media.

The development of information technology has profoundly and irreversibly reshaped the media ecology and communication pattern. It is prominently manifested in three aspects : first, from the scarcity of information in the past to the scarcity of attention, from people looking for information to people looking for information; second, co-existence of centralized and decentralized and pan-centralized communication; and third, "I said You listen "one-way linear transmission shifts to two-way interactive, multi-point scattering transmission, and audience participation in the communication chain is getting higher and higher. No audience does not spread, and remote audiences are difficult to spread, especially in the context of accelerated commercial use of 5G. It is the perfect time for us to explore the concept and explore how the media has become more and more "smart" in practice. This is not only the political position, responsibility and responsibility of mainstream media, but also the technical sensitivity and market judgment of social, market, and commercial media. In essence, it is the change and innovation of information production, transmission, acceptance, and feedback methods that force the media to become wise and become smart. It is technology that triggers this change. It is data that drives this change. What has changed is intelligence. Taking this opportunity, I make three suggestions on how to make better use of artificial intelligence, empower smart media, and realize industry change.

First, to strengthen the production of intelligent content, from knowing to feeling, from feeling to being, and creating a sense of participation with "I". In the traditional media era, the means of expression were limited to graphics, sound and pictures, and the media solved the more rapid "knowledge". In the all-media era, we can not only use audio and video, animation and other expressions, but also produce all-media expression methods such as VR news, mobile short video, H5 interactive news, and drone news. News production has moved from "knowledgeable" to more "feeling". In the era of smart media, one of the key points is to create an immersive, “available” presence, and achieve a “present” presence. From "Military Uniform Photos" a few years ago to "National Photos" which exploded in the circle of friends this year, and then through the movie "70 years, I am the protagonist" who can change faces in the video, People's Daily is pushing forward In-depth user participation in news production. In the future, we will rely on the artificial intelligence media laboratory of the People ’s Daily Intelligent Media Research Institute to use AI technologies such as speech, images, natural language processing, and knowledge maps to build an intelligent “editing team” for People ’s Daily and create a higher level of “ "I" style user experience.

Second, strengthen the intelligent communication channel, from the "carrier" to the "scene" communication, innovative "for me" sense of customization. General Secretary Xi Jinping emphasized, "We need to better run the People's Daily, expand regional coverage, crowd coverage, and content coverage, and give full play to the guiding, banner, and leading role in public opinion." To expand coverage, one of the points is Technology is needed to empower communication. In the 5G environment, everything is connected, everything is media, and the definition of media will be widely extended. In addition to mobile phones and wearable devices, more tangible objects are becoming terminals and channels for information dissemination. In the future, the dining table may be the terminal, the car window may be the terminal, and even the clothes mirror is the terminal. Many people are predicting whether there will be a new terminal that replaces mobile phones. But it is also possible to move to "screens everywhere, no screens everywhere", that is, the terminal itself becomes less important, and various types of scenes become the center of communication. The layout of the spread around the scene is exactly the adaptation from "people looking for information" to "information looking for people". The People's Daily Institute of Smart Media will also provide media application scenarios and application requirements for technology research and development through multi-dimensional and multi-level cooperation with various technology companies and research and development institutions. At the same time, we will also cultivate our ability to understand, digest and apply New technology team to meet future technical challenges.

Third, strengthen the intelligent distribution method, from manual push to data push driven by mainstream values, to achieve the "understand me" satisfaction. Only by driving technological innovation to drive innovation in the concept can the media better adapt to the needs of differentiation and differentiation. In the era of ubiquitous, omnipresent, and unused people, we can make full use of the whole process media, holographic media, all media, Features of full effect media. With the perception and use of data, user portraits become clearer and clearer, and the "smart" media understands users better. It uses intelligent algorithms to recommend and publish according to the user's attributes, behaviors, preferences, and other characteristics to achieve "thousands of faces". Even through interactive technology, it can obtain the physical and psychological data of the audience, gain insight into the body and mind, meet the needs, and open up a new space in assessing effects and accurate distribution. The 7.0 version of the People's Daily client that has joined the mainstream algorithm has initially reflected the characteristics of accurate identification and smart push. At present, the People's Daily Institute of Intelligent Media is optimizing the algorithm, and strives to achieve mainstream, customization, and personality, to achieve mainstream transmission, precise transmission, and targeted transmission.

Promoting the intelligent development of the media is a strategic measure to implement the spirit of General Secretary Jinping ’s important directives. It is an active measure to promote the deep integration of the media and accelerate the establishment of an all-media communication pattern. It is also an important measure to comply with the trend of new technological changes. To do this well, all parties need to work together to come up with ideas and think together. We look forward to everyone's free speech, brainstorming, sharing insights and sparking thoughts at today's annual meeting.

Finally, I would like to thank Tencent Group as the co-organizer for the thoughtful arrangement and careful reception of this forum!